WE ALL HAVE TO MAKE SACRIFICES, DON'T WE? 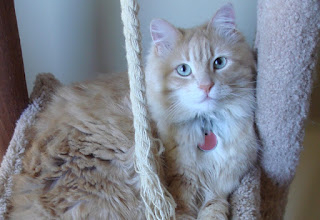 GG’s doing fairly fine, considering the human isolation — thanks to moi. She had to make some sacrifices for me, though. She couldn’t keep this beautiful lily growing in the garden. 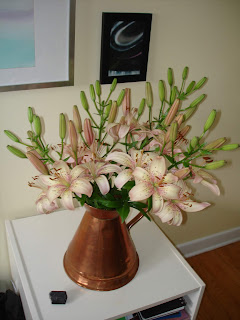 Why? ‘Cos that was how Moses met his fate. Not the biblical prophet who had to deal with the burning bush and carry those heavy tablets down from the mountainside, no. Moses was the moggie who used to live with wise daughter and talented artist husband in that island country called UK. Not very complimentary, that. Calling it England is better!
Me, I live in Catada. Er... Can -a-ta-dah... or something like that.
You see, the danger for felines lies in the pollen. Some fell on Moses. He licked it off and suffered kidney damage. So sad. Even though this was Before My Time. Cats are all connected, you know. Not in an earthly, but in a starry way. (not stary — that’s something else. i.e. what I do when GG’s ignoring me).
GG says she doesn’t know how or why lilies became associated with Easter, and neither, in my great cat wisdom, do I.
Meantime, GG and I are having a competition to see who can eat the most snacks. I hear it’s a ‘thing’ right now ;-) 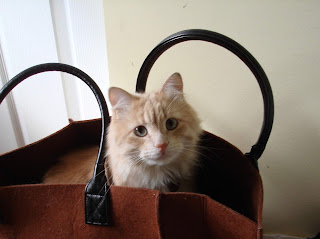