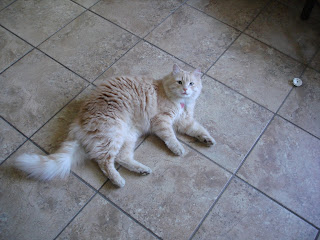 Catching a chipmunk was kind of fun. Also (blowing on the nails of a paw) something of a triumph. I mean, have you seen how fast those little critters are?

To my great astonishment, GG was not pleased. When she discovered the still-living, undamaged chipmunk in the kitchen (see photo above), she didn't say 'yay, clever Fred' or anything congratulatory like that. No. She let out a screech and grabbed the broom which happened to be conveniently out of its hiding place in the hall closet. Then she did a witchy thing with it. Holding me at bay, she disappeared the chipmunk. Possibly she swept it outside? Certainly, she locked me inside for a while.

I checked around the house and, later, the garden, in case I could retrieve Chippy, but no, my catch was gone... nowhere to be seen or found.

Actually, the whole episode was GG's fault. See, a while back she was listening to an Elvis song on the radio. The words implied that, in order to be High Class (which of course I totally am... still, have to keep up with the program you know) you need to catch a rabbit. Bunnies are a tad too big for me to take on. Besides, as far as I'm aware, none have been bopping around our garden or close environs.

Since then, GG has 'disappeared' a small dead mouse I brought in as a hunting trophy.

She's beginning to think she may have made a mistake with the name of this blog. 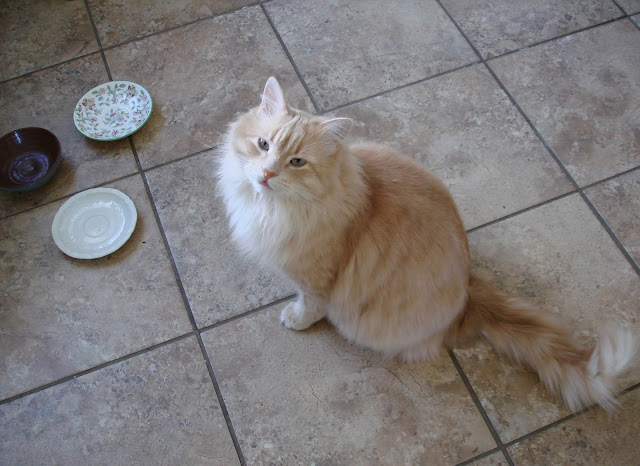